Believe or not, there was no TV at home when I was a child (late 70´s). We still had to wait sometime before an old tubes television took possession of our living room (turning it on was a tedious task, as tubes took quite a long time to heat, and switching it off produced a charasteristic fade to black, with a funny "phiuuuuuuuuuuuu" noise). It was B/W (a colour TV was an oriental luxury), and it had no remote control (at that time, in Spain, we had only two channels -UHF and VHF-, so even having it, wouldn´t have been of much use). When "technical problems" arrised, an attentive fist, well closed, would gracefully hit its top, converting a blurred image into your favorite program. 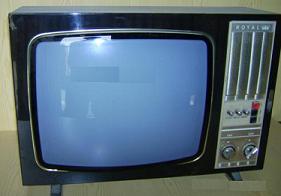 During luch time, my father used to put a small radio receptor on the table, which he used to listen to the news. As a jingle for RNE (Spanish National Radio), there was a tune that got stack into my memory, a melody that always seemed very sad to me, and made me imagine the tree-lined walk at Isabel la Catolica Park in Gijón in autumn, the ground full of brown leaves... Even for me, a child five or six years old, that music was sad. 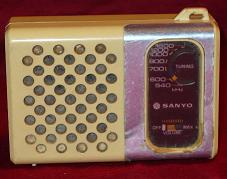 The thing is I´ll never forget that jingle... There are certain things that, during your chilhood, get into your head and, no matter how much time passes by, we never forget them. Many times, they are there, in a latent state, we not realizing their presence and, suddenly, a spark brings back those memories, making us to live past times again...

I still whistle that tune note for note, and associate it to an image in which my father is sitting at lunch time listening to the news on his small radio (a receiver I don´t know where it is -maybe lost many years ago-, but I still clearly remember).


Because of the almost infinite possibilities of the internet, I searched for that tune, but could never find it.

Untill few days ago, I had to use my "hard drive" and just remeber it but, at last, I could find it (I´ll tell you how, because that´s the interesting point of it).

You can hear the tune I´m refering to from 0:50 on (the one orchestrated for strings and harpsichord):


If you have read my post "Spanish military drums", and have realized the martial character of the first melody, I´m sure you already know what the explanation for this tune is...

Yes! It´s a fifes and drum tune we can find in the 1761 manuscript by Manuel Espinosa that can be found at the Spanish National Library and I talked about in my post "Spanish military drums". 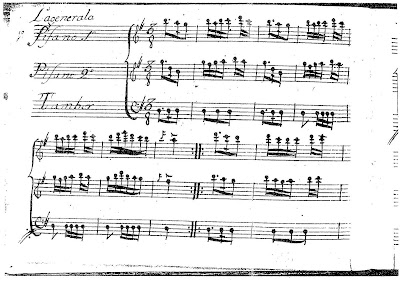 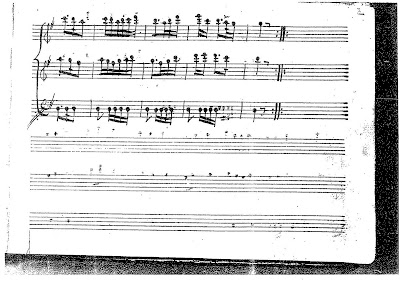 Just imagine my surprise when, whisteling the various tunes the booklet contains, I found "La Generala" is the tune used by RNE for the jingle which brings so much memories back to me. With that information, finding an audio archive was a piece of cake.


You may have noticed that the orchestrations by RNE are adding a bar at the end in order to get perfect 8 bars phrases, instead of the double seven bars phrases in the original.

According to the Royal Orders by HRH Carlos III, "When all the infantry serving in the same place, whether it be a garrison, barracks or field, had to take arms for marching, review, exercise or whatever other function, as a prevention, La Generala has to be played".

You can hear the fifes and drum version HERE (column on the right, second from the top). Again, the discrepancies you can hear between music and score is due to the 1769 version being played, instead of the 1761 one.

For the second time, looking for information on the Spanish military drum tradition, a very familiar tune came accross. This one is intimately tied to wonderful and unforgettable memories from my childhood.