One of the most stupid questions I am asked (and, sadly, it´s done by musicians) is the classic "What do you prefer: having a good technique, or being musical?" There´s only one other question as silly, often asked by a fat lady while pinching your cheek: "Who do you love the most: daddy, or mammy?"

Obviously, this question is vitiated from start:

1. Why do I have to choose one of those two options? Is it not desirable to have BOTH a fantastic technique an a vivid musical imagination?

2. In 100% of the cases, the question comes from musicians with deficient technique.

3. For the previous reason, the question is oriented for the answer to be the one the technique lacking musician wants to hear: that the important thing is musicality.


There are myths and misunderstandings regarding technique and musicality we have to get rid of NOW.

For many people, musicality is something you are born with and, the same "quantity of musicality" you are born with, the same you die with. For those who think this way, he who is born "musical", doesn´t have to worry about how to make music, as that´s something he has "inside", and comes out with no effort. Of course, defenders of this theory (what a coincidence, all of them happen to consider themselves "musical" people!) don´t get to understand you can learn how to make music. Obviously, talent and natural predisposition is part of the equation but, if those gifts given by Nature at random are not perfected, they will stay as mere potencial and won´t blossom to make a magnifient musician.


There´s no doubt Carl Lewis had talent and natural predisposition, but wouldn´t he had work very hard, he wouldn´t have won 10 Olympic medals and 9 WC ones. Thus, he considering himself "musical" (I would like to see his "musicality"), will do well improving his gift, and not think he´s got a rough diamond into his chest which will come out everytime he wants to, and without working on it. Of course, the other posibility (no talent, but hard work) exists, but tends to be fruitless. We have, then, these possibilities:

a) No talent + no hard work. Obviously, this brings nothing good. From this combinaion we can only expect disastrous musicians.


b) No talent + hard work. We can expect few from this case. Sadly, good will and effort (fantastic virtues) are not enough if they are not accompanied by something more. This combination produces mediocre musicians.

c) Talent + no hard work. This is a peculiar case which drives nuts those in case b): we all know people who, almost doing nothing, get much better results than those expending much more hours on the instrument. Obviously, this produces better musicians than b), but they are incomplete, as their talent is not taken further through hard work.

d) Talent + hard work. Of course, this is the combination producing the true musician. I don´t think I have to explain what´s evident.

Other nonsense we normally get to hear is of this kind: "He´s a musician with a very good technique, but he is very cold". That´s the kind of justification given by a musician who, obviously, has not the technique of the one he is criticizing. As in everything in life, there are musicians with great technique being more or less expresive, but linking "technique" to "coldness" is such an stupidity that I will employ no time trying to dismantle that relation.

The alleged musicality of those reviling technique is nothing more than oversized ritardandi, excessive phrasing, very slow (due to the lack of technical control) tempi, inflated long notes... Sadly, many people think their kitsch, affected and mannered interpretation is "musical", but no... It is KITSCH, AFFECTED and MANNERED. We have, thus, musicians who revile technique and promulgate "musicality", but their alleged musicality is nothing more than something kitsch and mannered (so, in reality, they have nothing at all).


The reason why I think the question that gives cause to this article is stupid is because, he who is asking it, thinks that one can exist without the other, and THAT´S NOT TRUE: musical expresion can never be more than commensurate with technique, and every student with a normal intelligence has no problem at all developing both at the same time.

When musical imagination triggers those muscular reflexes we have been working on for so many years, it gets a response from our fingers, wrist, arm..., and all we want to express flows from brain to instrument with no impediment. What happens when those muscular reflexes (technique) do not exist? Our fingers, wrist, and arm cannot respond, due to the lack of conscious technical work, to the demands of our brain; so, in between brain and instrument there´s a bottle neck preventing musical expression. 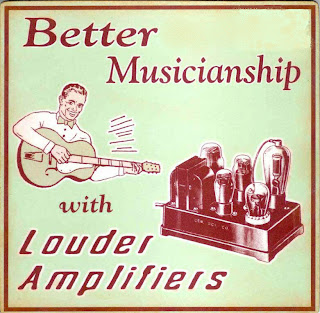 Technique without musical expression is a possibility to be guarded against; having said this, we all know "circus players" which do not transmit much emotion, but there they are: earning a living (with much success in many cases!). I still don´t know a musician allegedly "musical" with scarce technique managing to pay his mortgage.  On the other hand, artistic musical expression (real one, no mannered stuff) without a substancial technique is an impossibility, as the finest shades of musical meaning require the finest shades of technical control. Thus, separating technique from musical expression (and viceversa) is a fallacy, as one cannot be understood without the other, one is commensurate to the other, and both can be taught.

So, next time you are asked that damned little question, answer BOTH, and you will also get an idea of the horrendous mental mess that asking person has.