We all know Ringo Starr as the drummer for the most influencial pop band ever existed. We also know he isn´t the best drummer in the world, but we know he was what The Beatles needed at that time: nothing less and nothing more.

Apart from the drums (his kits is something I´ll write about in the future), Ringo also recorded tambourines, congas, bongos... But, for a classical percussionist, the really surprising thing is that he also recorded timpani. 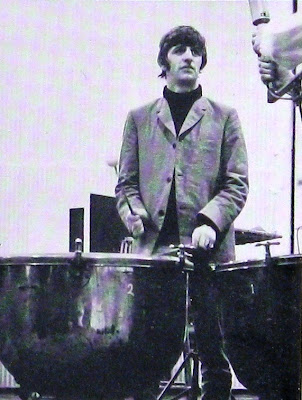 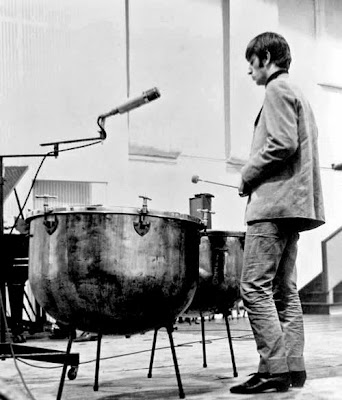 This photo was taken at Abbey Road, studio #2, on September 30th, 1964, during the session for "Every Little Thig". Nine takes were recorded (the chosen one was #8), and then some overdubs were tracked: Ringo on timps, which is also doubled on piano by Paul McCartney.

With regard to the piano part, there was a story about George Martin playing it, but this photo proves it was McCartney: 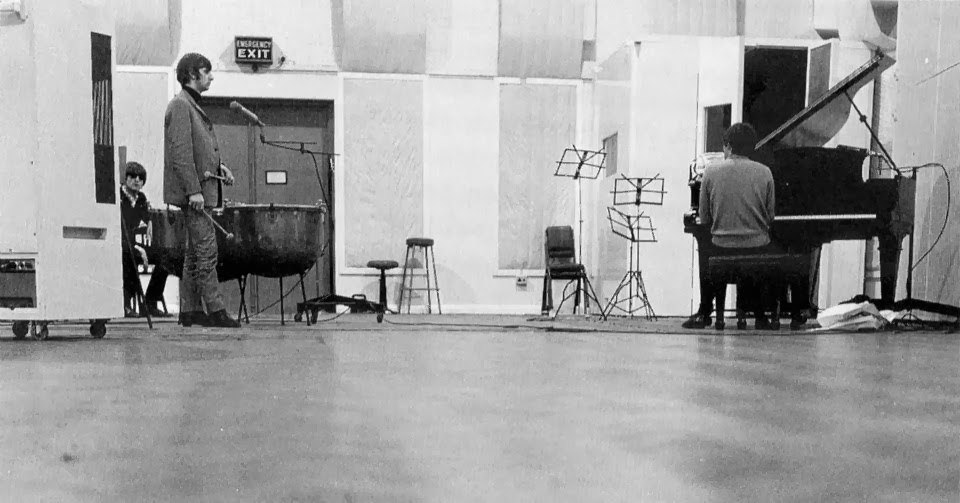 You can hear the song here:

These timpani were probably part of the existing backline at Abbey Road (they are marked "1" and "2").

We can see Ringo´s peculiar technique: french grip in his right hand, and german one in his left hand. We can also see the rings that originated his nickname.

For those of you who are meticulous (some of you already know about my passion on recording techniques), the mic in the pictures is a Neumann U47 (or maybe an U48: they are exactly the same except for their polar pattern, which I cannot see, so it´s impossible to know whether it´s a U47 or  U48).

I think this is the only time Ringo played timpani, and these photos are an exceptional graphic document that allow us to see the most famous drummer in history playing on instruments we normally see in an orchestral context.