Russian cymbal notation (late 19th-century and 20th-century works) has been driving percussionists mad for quite a long time now... Cymbal parts feature a couple of funny symbols ("+" and "o") no one knows for sure what they mean. These examples are taken from Glazunov´s "La Mer": 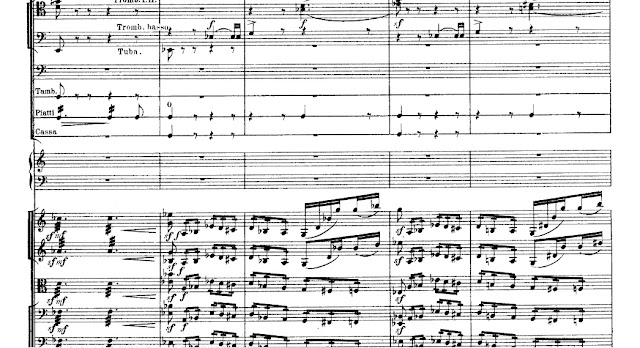 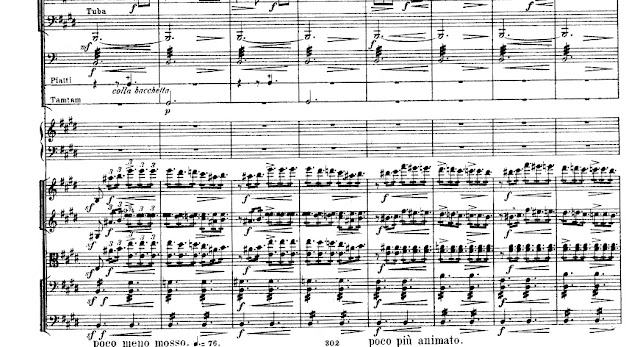 Suspended, crashed, holding a cymbal with one hand and sticks with the other, very little time (or none at all!) to switch between instruments... Doubts, doubts, doubts because the meaning of those symbols is explained nowhere, and even Russian conductors and percussionists don´t agree on this matter.

Why? This is a constant through Music History... Most of the times, composers themselves conduct their own works, are present during rehearsals and work hand to hand with the musicians who are going to play and premiere their works. So, there´s a direct communication between composers and musicians that, most of the time, is not kept on written records, thus, it gets lost as time passes and the work gets "mature and independent" from its own composer. This notation was clear for the percussionists who played these works at that time and, because it was clear and was directly communicated to them by the composer himself, there was no need for it to be written. As time passed and the works began to "expand geographically", the meaning of this notation became more and more obscure, as percussionists did not have that first hand information. There are also temporary trends, local traditions... Is there a solution? Can we know what those symbols mean? Luckily, yes.

The previous examples were not shown at chance... Glazunov was a great composer and orchestrator who wrote wonderful percusion parts (do yourself a favour and study his music and parts). He was a professor at the Saint Petersburg Conservatory, where he taught and influenced people like Shostakovich and Prokofiev.

While investigating some other issues I will tell you about soon, I got to know Glazunov´s already mentioned "La Mer" (sadly, not very often played nowadays). The score includes some performance notes that clarify this matter for once and for all:

3. Cymbal strokes are of three types: a) Stroke given with a sponge headed stick on one of the cymbals "colla baccheta" indicated with +, b) Stroke given with the wooden part of a stick "col legno" and c) Cymbals stroke, one against the other, indicated (after the preceding types of stroke) with o.

When a note features the indication "+" and "colla bachetta", it means suspended cymbal struck with a soft mallet (strictily speaking, a sponge headed one. See THIS article). The indication "col legno" means suspended cymbal struck with a wooden stick. No other special symbol is used. "o" means crashed cymbals, but almost always as a reminder, as previous strokes may have been "colla bacchetta" or "col legno".

Most of the time (I have checked loads of parts and works... You can´t imagine how many!), the symbols are used once, and it goes without saying that the following notes, unless indicated, are played following the last indication. It is not untill a new indication turns up that we have to change the way we play.

Why can we use this composition by Glazunov as a guide? Because he was an important professor who influenced various generations of Russian students and composers. The normal thing for students is to follow their teacher´s indications, and this notation, so typical of Glazunov, was passed on to his students, who used it with profusion.

A very famous example of this is Prokofiev´s Symphony #5. I think it may be a good idea to analyze, following Glazunov´s notation, its cymbal part. This is the first page:

Bar 5 of figure 15 is, again, suspended cymbal struck with a soft mallet (despite the hand written indication by some percussionist 😉, who has obviously not read Percusize Me! 😃). Same at figure 17. See that there´s no indication, but it goes without saying: the last indication was "+". Third bar of figure 19 has already been covered: a roll on suspended cymbal using soft mallets, where "+" is, again, a reminder. Any change between the roll and the resolution makes no sense.

Every stroke in this page is on suspended cymbal using soft mallets ("+").

All notes before figure 111 are to be played on suspended cymbal using soft mallets. Bars 4 and 5 of figure 112 feature no indication, but I´d go with crashed. Figure 113 is suspended cymbal with brushes ("verghe"), and the last bar is a roll on suspended cymbal using soft mallets (thus the indication "colla bacchetta di timpani", as Prokofiev wants the last roll with mallets, not with brushes, as we have been doing in the previous bars). When Prokofiev wrote this symphony, sponge sticks were already dated and old fashioned. For the previous generation (Glazunov), soft mallets were made of sponge. For the next one (Prokofiev), soft mallets were timpani mallets. For us, soft mallets tend to be yarn ones (think vibraphone/marimba), but we start to see new designs like those by Ron Vaughn.

As you can see, Prokofiev never indicates what kind of sticks/mallets should be used on rolls. Why? Because it´s pretty obvious mallets have to be used to get a roll and, as I said before, Russians didn´t use "alla Bartok" rolls on cymbals. He indicates "+" on resolutions. Bizarre, I know..., but having the indication on the resolution makes what stick to use on the "preparation" (the roll) obvious. Juggling trying to play the roll like this and the resolution like that is against any logic.

These performance notes by Glazunov put an end to the many missunderstandings and complications we can find in the Russian repertory. The final bars of Prokofiev #5, for instance, tend to be played in a too over complicated way: a crashed cymbal in one hand, the other cymbal, a brush and a mallet in the other hand (crazy!), playing the brushes part (while holding the rest of the other stuff!), rolling with the soft mallet (still, while holding to much stuff!) and ending with a cymbal crash (while still holding the malett and brushes!). Crazy. It doesn´t make any sense at all... The easiest explanation tends to be the correct one, and that final passage is clearly done all on suspended cymbal, the only change being the switch from brushes to soft mallets for the final bar.

Thanks to the indications Glazunov wrote for "La Mer", we now understand much better how Russian cymbal notation works, and I´m glad I found the key which will save us many headaches. Do you think this will make your percussive life easier?