I have already showed my interest in historical percussion and instruments in articles like "Spanish military drums" and "Radio memories". Because of that interest, my collection includes baroque timps, Provencal drum, riq... I have always wanted a historical rope tension drum, and I really wanted to build it myself, so I ordered the different parts and my adventure started. As the building of a drum is something I consider worth mentioning and documenting, this article (and future ones) will deal with the process of creating my own instrument.

My idea was to use drums from the 18th century (late baroque, where Bach and Häendel reigned) as models. On this picture you can see a rifleman and a drummer from the Spanish infantry ca. 1700: they would be my "inspiration". 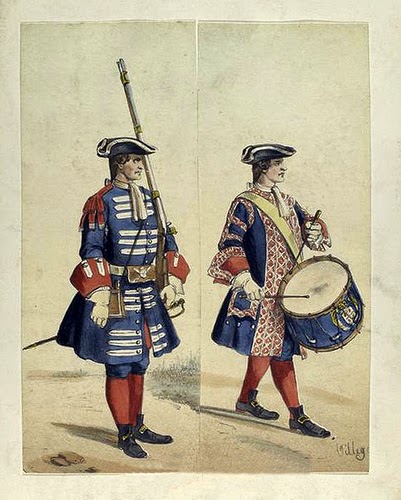 In order to build the drum, I ordered the following parts (and many more, but that´s for a future article) from a luthier. Please forget the quality of the photos and the scenery... ;-) 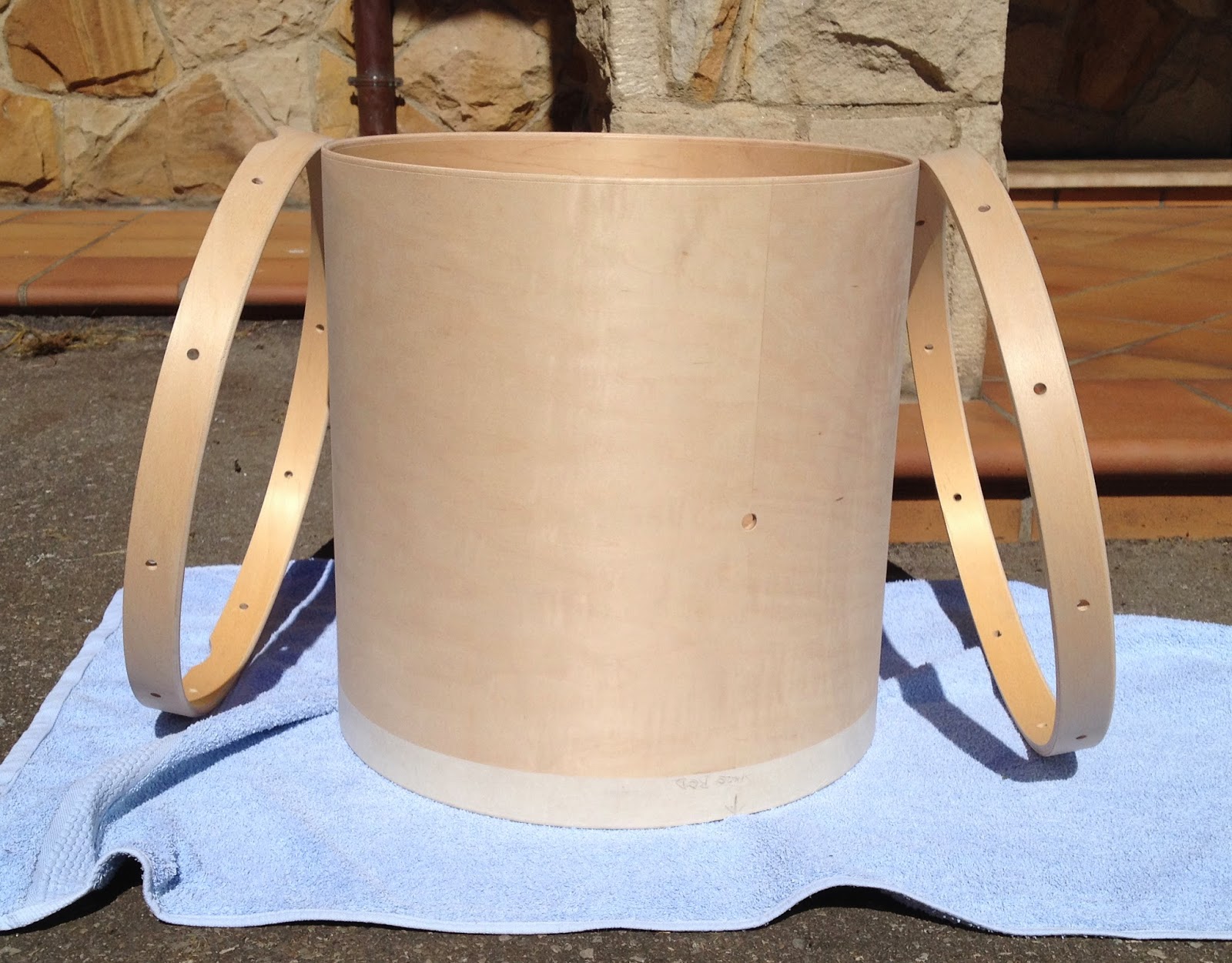 Here we have a Keller maple shell. It measures 16"x16", as "square" shells (diametre=depth) were popular during this period. It´s eight layers thick: drums from that time weren´t thinner (think six layers) because of building techniques weren´t developed enough, and thicker (ten layers) would make it too heavy and impractical to carry.

This shell features a round bearing edge like those present in historical instruments (no fancy and modern double 45º cuts, 30º/60º...). The bearing edge is one of the key factors determining the sound of a drum, so it´s important for it to be historically correct.

Another key factor is the snare bed. For the snares to perfectly seat on the resonant head and be as sensitive as possible, it is necessary to lightly cut the lower edge to accommodate them. Here you can see it: 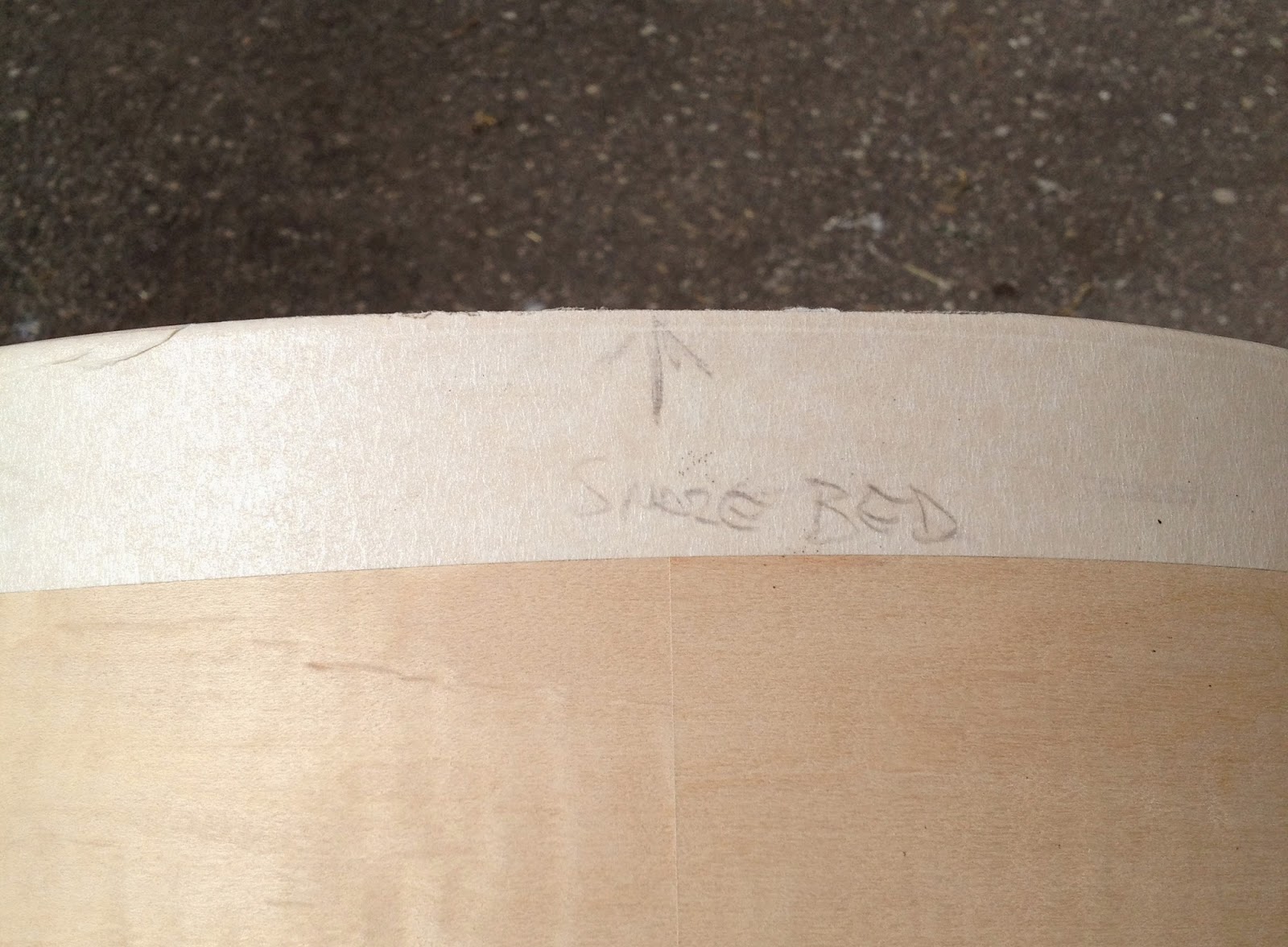 It also has a vent hole right in the middle, and aligned with the seam of the outer layer. 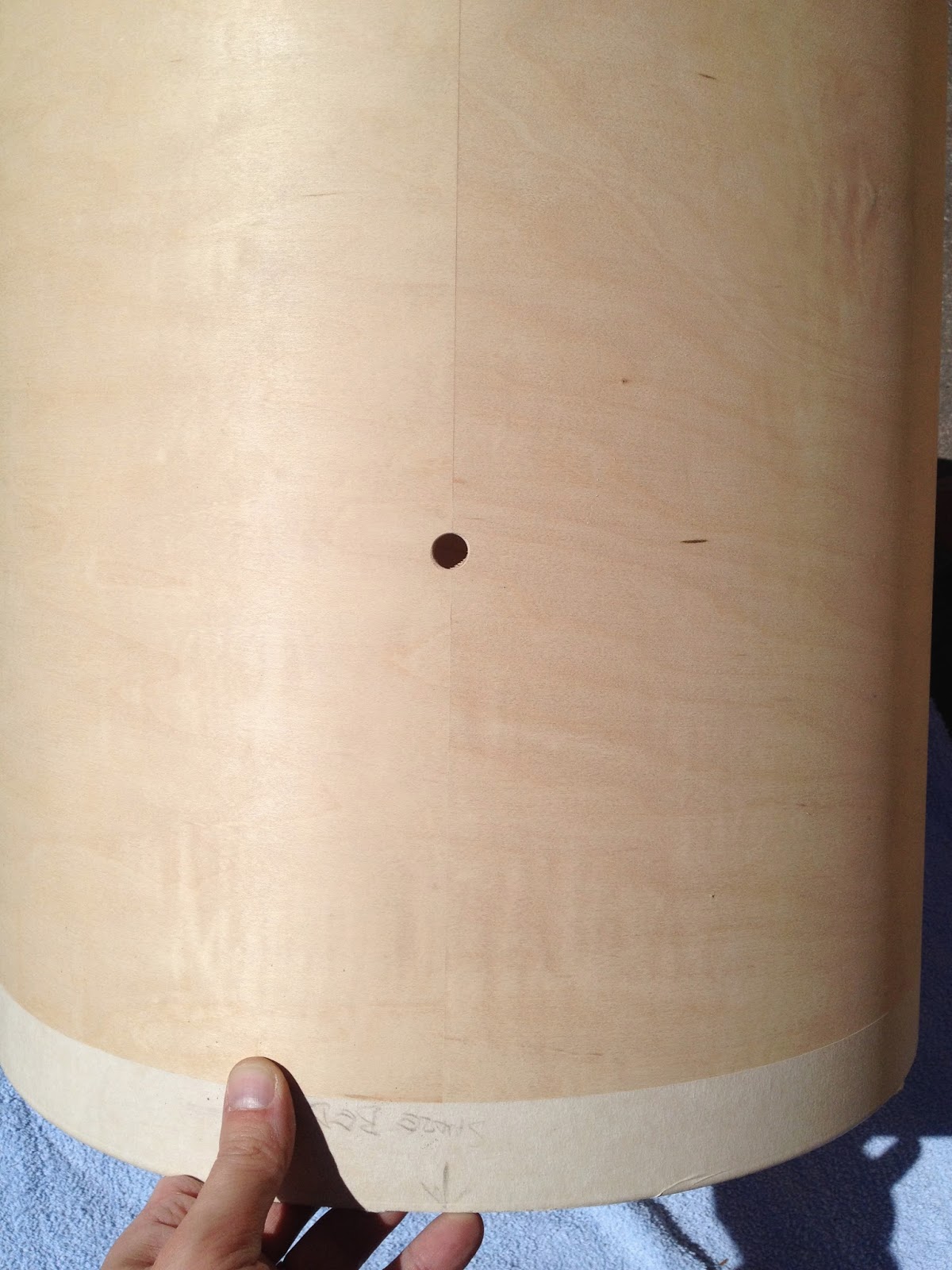 The rims are also eight layers thick maple, the "outside" edge rounded. They are 3,5cm high and feature ten holes for the tension rope. 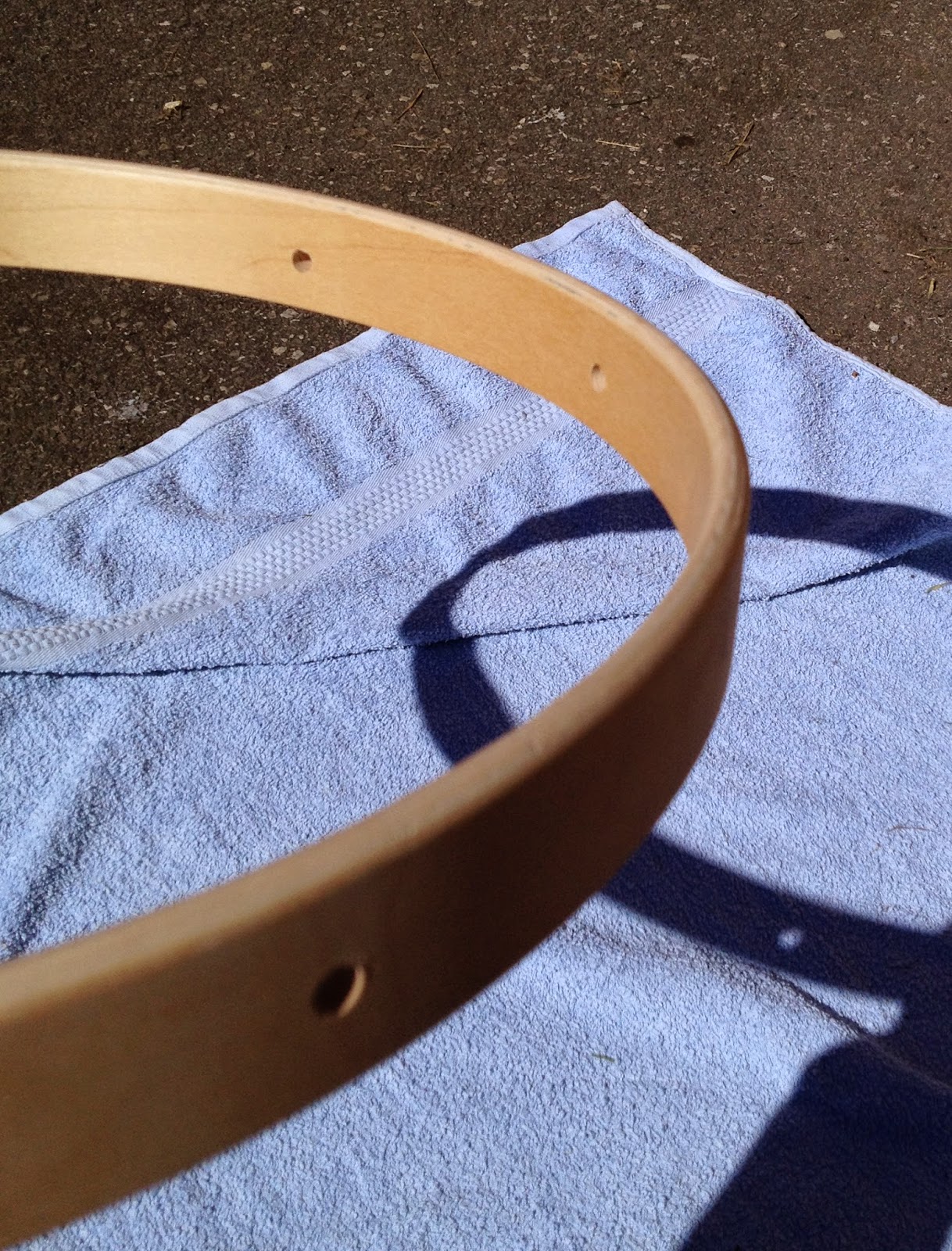 The holes were drilled equidistant (obviously) and symmetrical with respect to the seam of the outer layer:

As it´s traditional with this kind of drums, the holes were drilled at an angle of 25º so the rope doesn´t pass the hoop perpendicularly, but "descending" trough it.


The lower hoop features a snare gate. It was made coincident and symmetrical to the seam of the outer layer:

So, this is the raw material I used to build my own drum. A future article will deal with the dyeing of the parts and the oils used for it.

If you own a rope tension drum or have built one yourself, I´d love to see it.